THE CHALLENGE: The Struggle of Getting 5-Star Reviews

Lips has been serving up dinner, drinks and drag shows across the US for over 25 years. However, like many modern-day businesses, Lips was struggling to get positive reviews.

92% of guests usually research a restaurant looking for reviews before deciding to dine in, which means that places without a positive online presence (or an online presence at all) don’t even have a chance.

Online reviews on sites like Yelp, Google, TripAdvisor or even Facebook were essential ways to promote Lips's shows. However, they were having a hard time asking their visitors for feedback.

Back in the day, restaurants used to rely on critics to get a huge boost in their sales. Now, 77% of diners say they trust a review from another customer more than they would from a critic. Because of the availability of reviews across multiple platforms, most people will check other social media channels or several review sites before making a selection.

This makes it extremely difficult for restaurants like Lips to gain the trust of their visitors. What’s worse, if a visitor has a negative experience, they are more likely to talk about it. And once the review is posted, the restaurant can really take a big hit.

94% of restaurant visitors say that negative reviews have convinced them to avoid it.

It’s almost impossible to track and hide negative reviews before they get published. Typically, the only way to remove it would be if the original poster decided to take the review down. And that is after it’s already out there for other people to see.

Unfortunately, the potential to lose customers because of bad reviews can reach up to 70%.

According to a study by Brightlocal, businesses without a 5-star rating risk losing 12% of their customers and only 53% of people would consider using a business with less than 4-star rating.

For Lips, managing their online reputation was they could not afford to gamble with.

“We didn’t really have a review software in place to help us generate reviews,” said Edward, Marketing Manager from Lips. They were getting desperate and needed a way to boost their customer feedback. At the same time, they wanted to control negative reviews (if any) from being posted before they found out.

THE SOLUTION: A Simple and Effective Way to Get Positive Reviews

When Lips first heard about BuzzyBooth, it was nothing short of a major relief.

Designed to send automated review requests and queue negative ones before being posted, BuzzyBooth's solution was exactly what they were looking for.

Lips initially had to hire an expensive photographer to roam around in the restaurant and take photos of guests.

When they learned about Buzzybooth's Photo Kiosk and how it can take interactive photos or videos, it was a perfect match.

The one thing that makes BuzzyBooth different from other solutions is the unique automated review request that gets sent to customers after they take their photo or video.

After Lips decided to move forward, the first BuzzyBooth Kiosk unit was installed, and the software was up and running in less than 15 minutes.

Lips had a few shows after that, and people started to snap photos one after the other.

After customers' phone numbers and email addresses are collected, BuzzyBooth's software sends an automatic request for customers to leave a review.

Once a review is submitted, Lips would get a notification and they can allow the review to be posted on sites like Google or Facebook.

If they receive a negative one, they can then use it as feedback and reach out to the customer to try and resolve the issue.

Lips was able to boost their positive reviews, since almost everyone loved the funky filters that came with the BuzzyBooth kiosk.

Not just that, the software made it possible for Lips to send out blast promotions or news for upcoming events.

Creating a marketing campaign was just a few clicks of a button.

The software also made it possible for their guests to refer the restaurant to their friends.

Every time a customer took a photo and shared it on their social media account, the branded image or video gave Lips big exposure, which generated even more revenue and brought in more visitors.

THE RESULT: 230 Positive Reviews In Less Than 4 Months

In a matter of weeks, positive reviews started to pour in.

Customers were leaving their feedback on Google, Yelp, and Facebook. 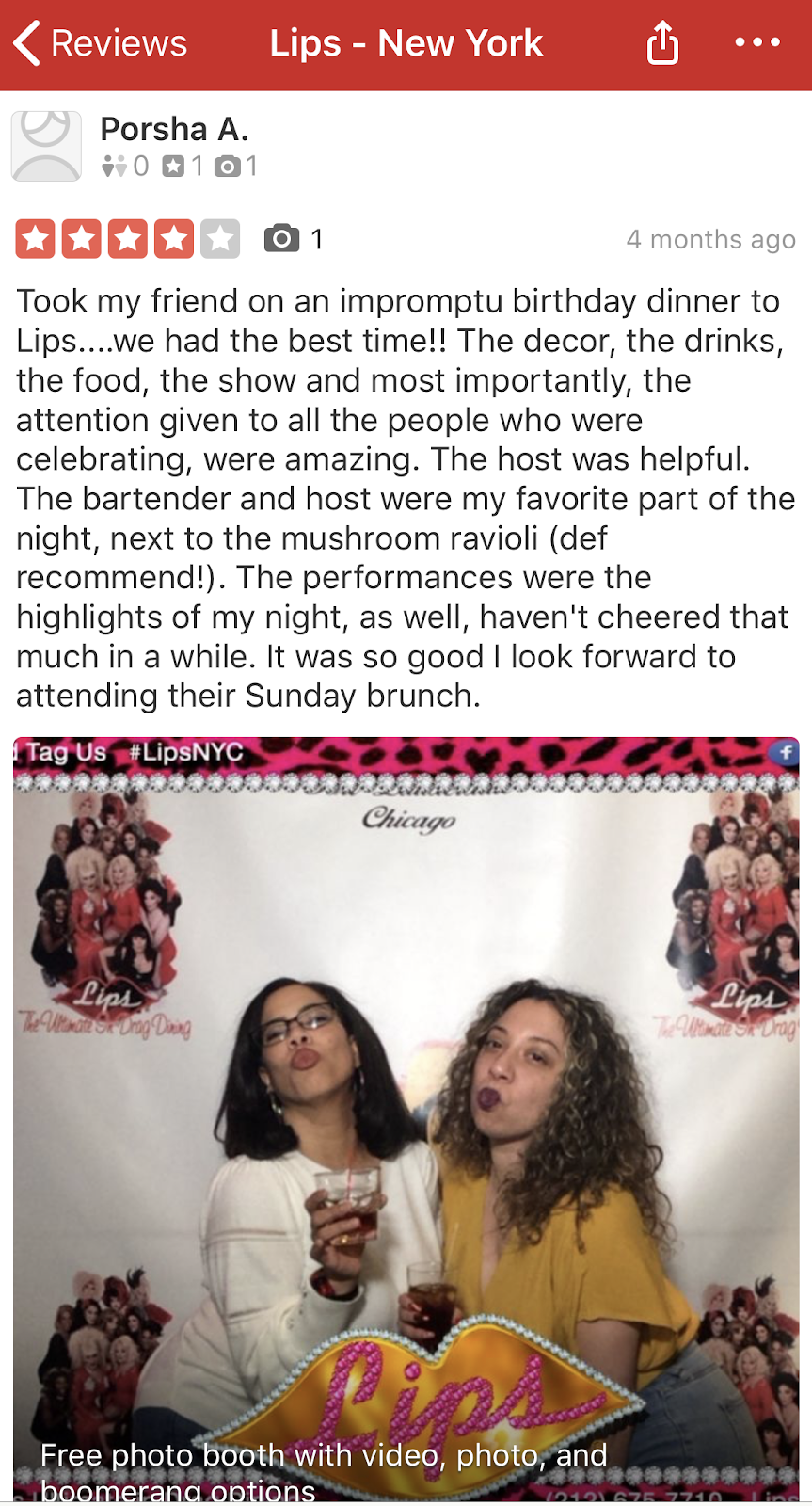 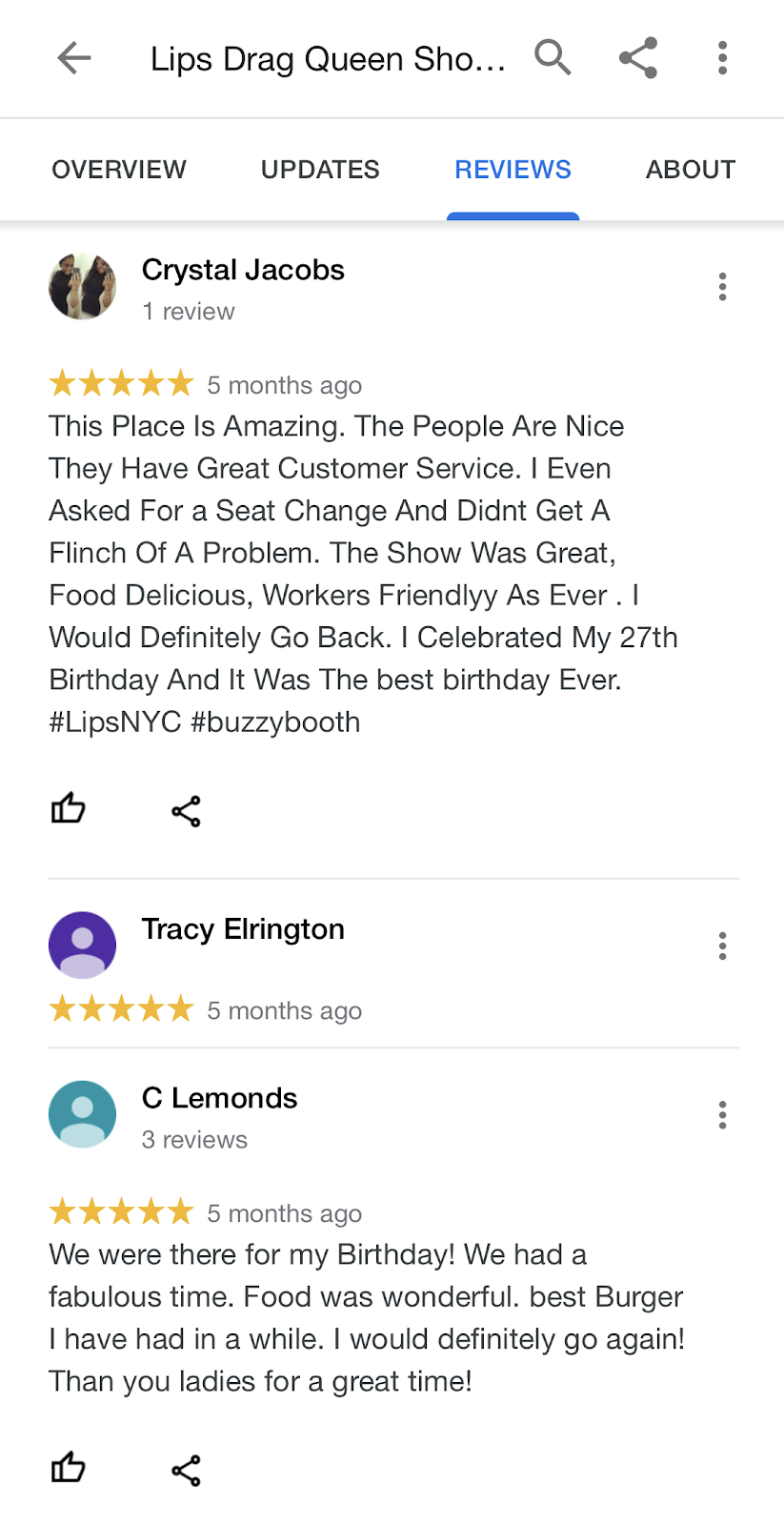 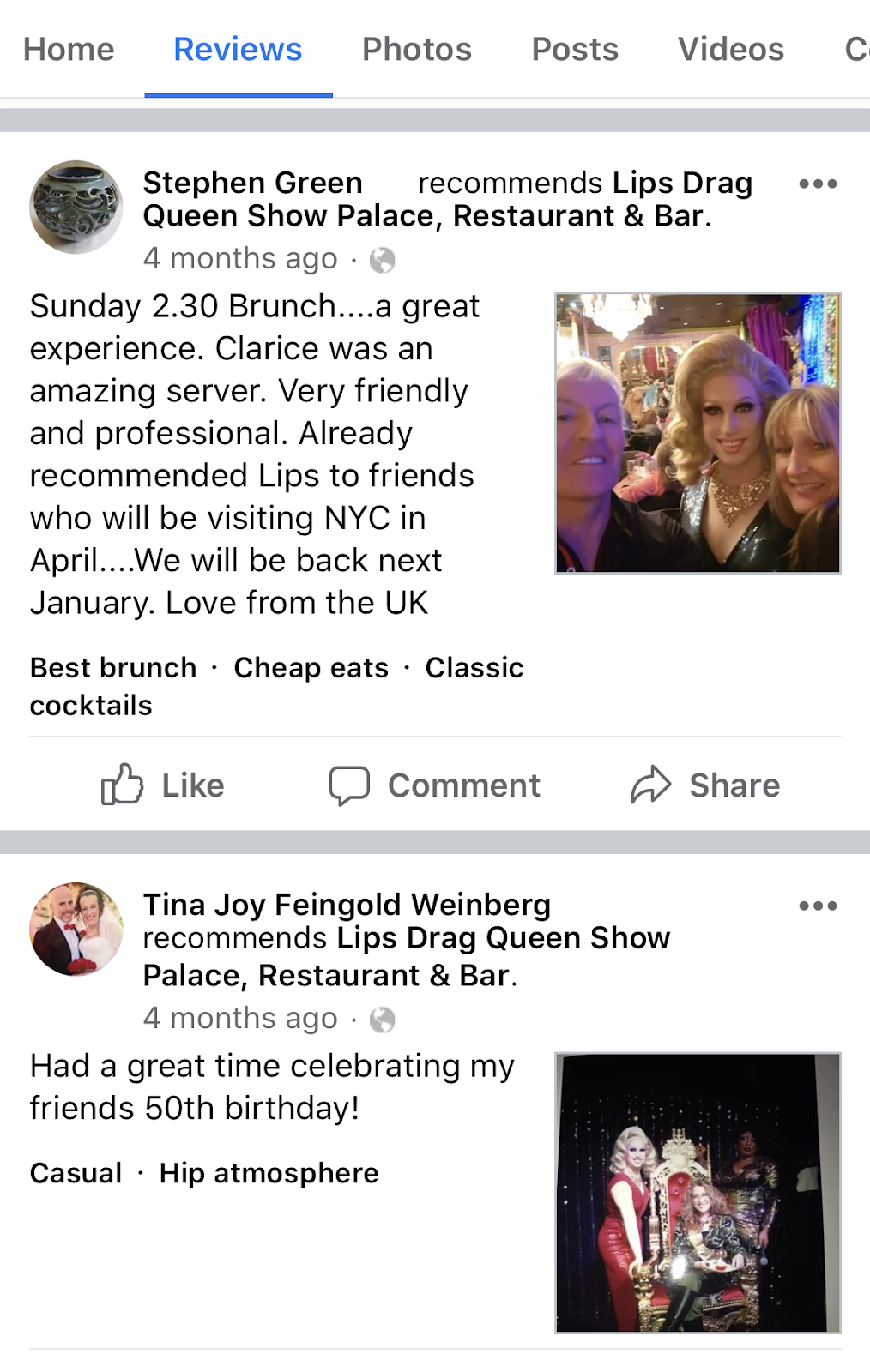 In less than 4 months, Lips was able to gain over 230 reviews just from using BuzzyBooth, which greatly boosted their restaurant business.

After running a few campaigns with BuzzyBooth's software, they were able to get over 4.4M impressions and collect just over 21,000 contacts.

With phone numbers and emails collected, they were able to easily send announcements and promotions for special events using BuzzyBooth's automation feature.

Ever since, Lips has been getting a steady flow of positive reviews from happy customers.

Their brand name has been the talk of the town on social media thanks to BuzzyBooth.

If you are looking to magnify positive reviews for your business and control negative ones, then BuzzyBooth might be the right solution for you.

Want to learn how to boost your restaurant marketing efforts and expand your business? Fill out the form to download our report.

How Positive Reviews Can Carry Your Restaurant Through COVID-19

How Successful Marketing Campaigns Can Transform Your Restaurant Business

Brand Advocates: The Newest Growth Tool For Your Business